Dissolution of the association for the rehabilitation and preservation of the Jewish cemetery Ybbs, because the IKG Vienna did not submit the reorganization project of the association, as agreed with the association, to the national fund for the promotion. The association was also deprived of the desired preliminary contract for the later use of the ceremonial hall in the Jewish cemetery Ybbs / Göttsbach as an exhibition space and learning location by the property owner IKG. However, the 20-year cemetery care contract, which the city of Ybbs had concluded with the IKG, would only take effect once the cemetery was completed. This contract refers to the rehabilitation project, which was presented and calculated by the association, which was already presented to the Advisory Council of the National Fund in May 2013 and accepted there as a pilot project. 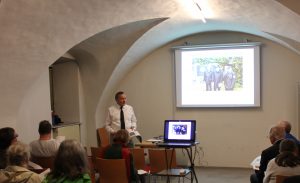 13.11.2017 Commemoration of the November Pogrom in Wieselburg: Discussion in the Old Vicarage: Report by Nina Dieselberger on her contribution in volume 4 to the transgenerational trauma in her family of origin. Report by Hannes Kammerstätter on three survivors from Jewish families in the region: Ernst Brod and his 2000 pages Traumaabarbeitung; Rudolf Ekstein as internationally important psychoanalyst, trauma expert and teacher educator; Hans Becker as advertising manager of the state party and central figure of the Austrian resistance O5. Verena Lang's report on her family history and examples of reconciliation. 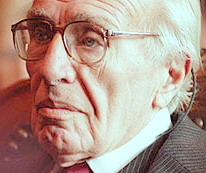 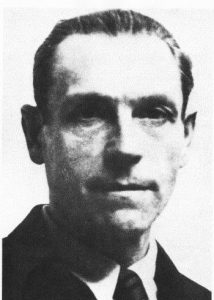 Commemoration at the plaque: Texts by Ernst Brod and Elisabeth Parmentier;
Prayers: Prayer for peace from John XXIII, who gave the Catholic marriage license to Ernst Brod in Istanbul; Prayer for the dead Kaddish.